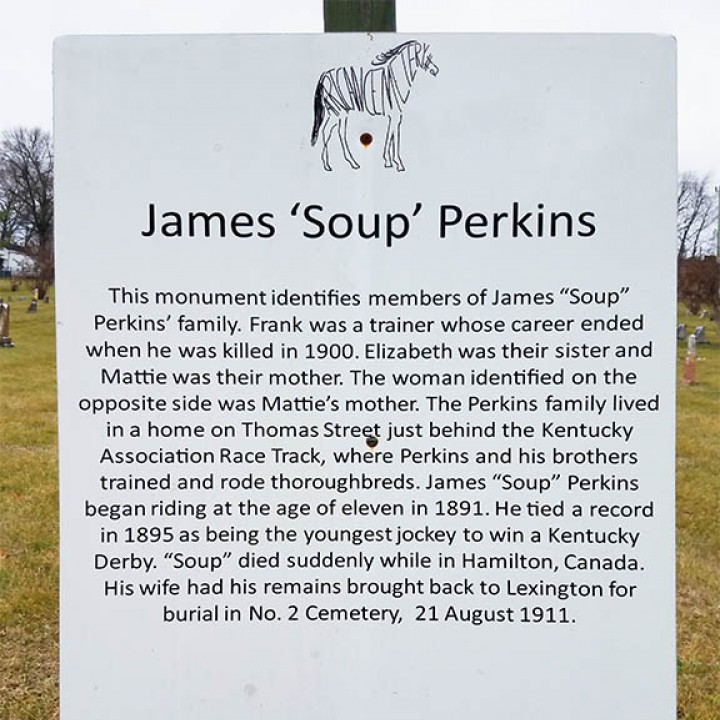 James Perkins was born in April of 1880. His parents were John and Mattie Perkins of Fayette County, Kentucky.1 His father John was a trotting horse hostler. His brothers Frank and William were both jockeys and later trainers.2

The Perkins children also included two more sons, Edward and Walter, and two daughters, Carrie and Elizabeth. Perkins began working with horses when he was ten years old due to his father’s and brothers’ influence. He received the nickname “Soup” because it was his preferred meal to eat while training to keep his weight down.3

In 1893, at thirteen years old, Perkins made his first appearance as a jockey at the Kentucky Association track. He won five of the six races he rode in that day and placed second in the sixth race. Out of the twenty-six starts in his first season, he placed first sixteen times. In 1895, Perkins rode for Byron McClelland, a prominent owner-trainer based in Lexington.5

In 1895, Perkins became the second-youngest jockey to win the Kentucky Derby. Riding Halma, they broke early from the field and won by five lengths for an exciting victory. That same year, Perkins won the Phoenix Stakes, also aboard Halma.6

Like many jockeys, Perkins struggled to maintain the low weight required by the sport. He made a career change around 1899 to become a horse trainer and owner. He still jockeyed a race in 1902.7 One of his horses, Harting, was quite successful in meets at the Latonia Race Course.8

Perkins’s training career brought him to Hamilton, Ontario. He passed away there due to heart disease in 1911.9 He was survived by his wife, his father, and three of his siblings. Perkins was buried in the family plot at Lexington, Kentucky's African Cemetery Number Two though his name was not added to the marker.10 The alley next to his childhood home on North Upper Street in Lexington, Kentucky is named Soup Perkins Alley in his honor.

Philadelphia Inquirer. n.d. “They’re Off at Newport, Opening of the New Independent Track Is Very Successful.” 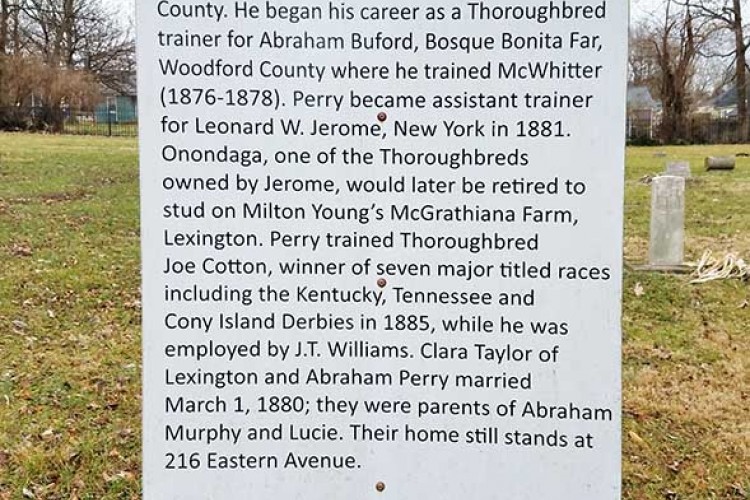 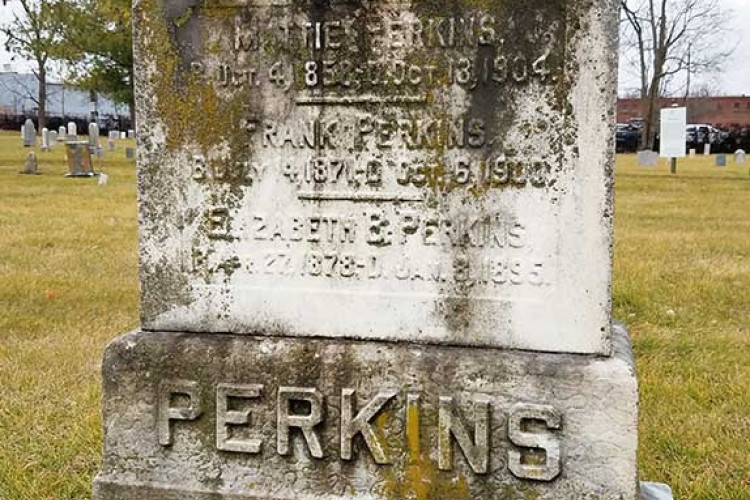 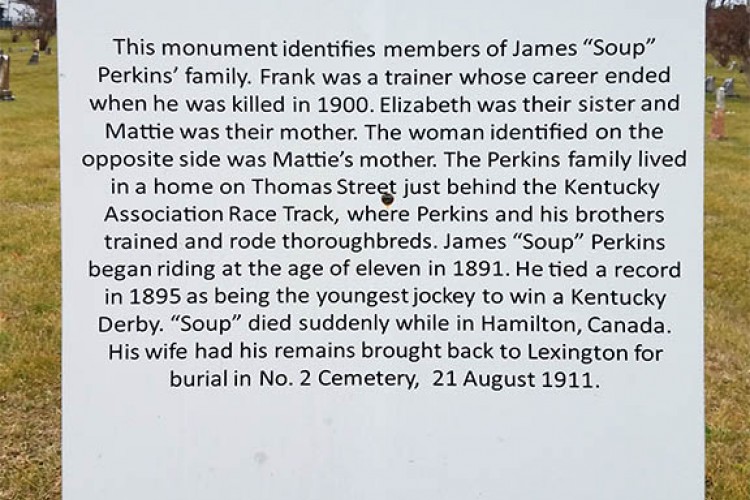